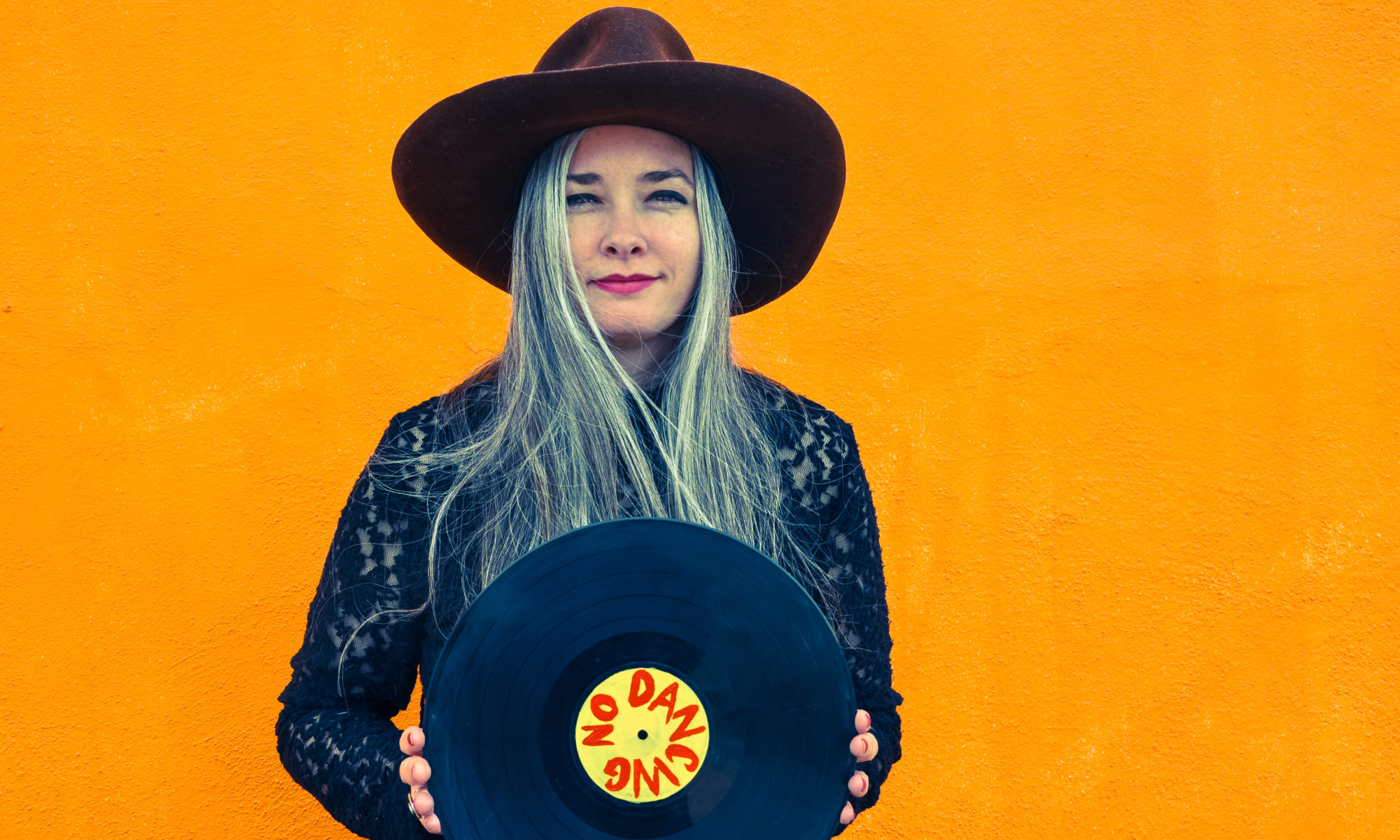 My name is Teresa Finley and my DJ name is the same.

Friday afternoons, 1:00 to 2:00, No Dancing. I just thought it would be funny at first to have mostly dance music and have it called that. I play a little bit of a Smog song at the beginning of each show.

It’s a very eclectic mix. It can be anything from ‘60s psychedelia to new wave or post punk, lots of world music like French pop psychedelia and from different other parts of the world, also sad songs and old country music. I play mostly vinyl and some CDs, and I’ll also throw in something I find online. I try to keep everything fresh, keep it new to the listener, as much as I can.

I had a friend I met in Madrid who told me that Stella was starting a station; I had been DJing from home in Louisville, Kentucky, playing records at dive bars and some upscale bars there, too. But once I moved to Santa Fe, that part of my life was not being fulfilled, and so I was lucky enough to get involved a little before KMRD was being launched. I had experienced doing shows before, once or twice, at a radio station, so I was familiar with it.

What’s the appeal of doing a radio show? How does it fit into the rest of your life (job, creative passion, family)? What difference has it made in your life?

Well, with my show, I’m constantly listening to new music and discovering new music, so it’s fun for me to have an hour a week where I can put it all together into a mix. And the difference it’s made in my life is planning for the show every week and making sure I have everything together, and it also keeps me in this perpetual cycle of digging for new and excellent music. I keep track of the record labels I like, to see what’s new in their catalogs. Buying records is expensive but I buy them when I can.

I’ve been collecting records and listening to records since I was a little kid. My obsession started with storybook records—I had a huge collection of those, the kind where someone reads the story and you follow along in the book, and there’s a chime that tells you when to turn the page. I wish I still had all those. My first record player was a Cabbage Patch record player with a diamond needle and I thought it was the coolest thing! I also had a lot of Halloween records. Then I think I got into Michael Jackson and it went on to some classic rock albums from there.

What are your hopes for your own show/and for the station?

Well, my favorite type of radio show to listen to is one that gets into the history of bands and gets into the band members, and so ideally that’s the kind of show I’d like to have, where I talk a bit more about the artists.

For KMRD, I hope it becomes financially stable and continues well into the future. I think the station is great. As long as it can continue, that’s most important.