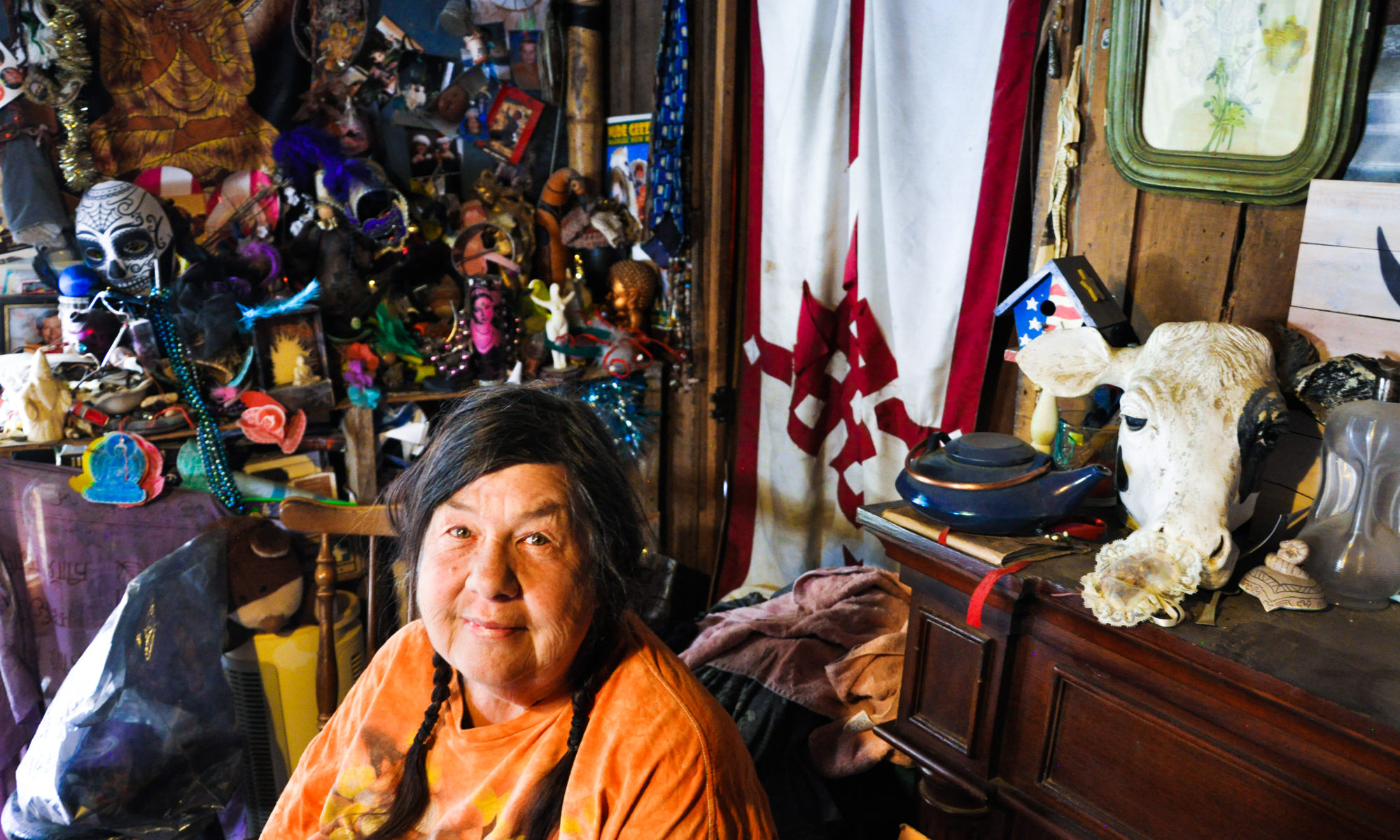 What is your name? What is the name and time of your show?

It’s all music. I talk for just a couple of minutes, but I love just playing the music and so that is what I’ve done this time. I really wanted to add some of the new music, because I feel like we get kind of stuck in the ‘60s and ‘70s music, and so I wanted to play new music so people get into that too – there’s really good music out there. I’ve been trying to mix it all in, but I’ve found that people’s favorite shows are when I play the ‘60s and ‘70s music. They’re kind of stuck. I don’t want to be stuck.

I’ve been on the radio before – KUNM, we used to do midnight full moon poetry readings. Our friend Patrick Palmer had a show from midnight to four o’clock in the morning so we would grab a whole bunch of poets from Madrid and we would all ride down to Albuquerque and do poetry all night long. I enjoyed being on the radio. I love radio, and thought I would be a part of it.

What’s the appeal of having a radio show, and how does it fit into the rest of your life?

Well, it kind of fills my life. I get up during the week knowing that I’m going to put the show together, and it takes about three or four days of listening to music to decide what I’m going to play. No real theme – I just go all over the zone. It’s filled my life in a way that I appreciate.

I’ve lived in Madrid since 1973. People say that life here is different, but it’s not different for me. I think it fulfills people’s lives.

I’ve performed since I was a young girl, in drama. At the age of 17 I became a professional clown. When I became a clown, I didn’t realize I was going to be a town clown, but in every parade for years I dressed up as a clown. And then performing in the HeShes and all of the different projects we’ve had here in town has helped me not be so introverted, and so I guess that’s what being the DJ does for me: it puts me out there in the world when I would probably just stay at home.

I want my show to entertain people. To play music that they’ve never heard before, and that they know – one of my last shows was a singalong, where they could sing along with all the songs. I just want my show to make everyone really happy. I want people to hear my show, and know it’s me, and know that all is right with the world.

My hope for the station is that we all of a sudden get all of the money that we need to do all it is that we do. It’s not just me that’s making people out there happy, it’s all of us DJs out there. Our friends are listening to us. My hope for the radio station is that everything we need comes to us and we can keep on going and being there for the people that are out there on the airwaves.