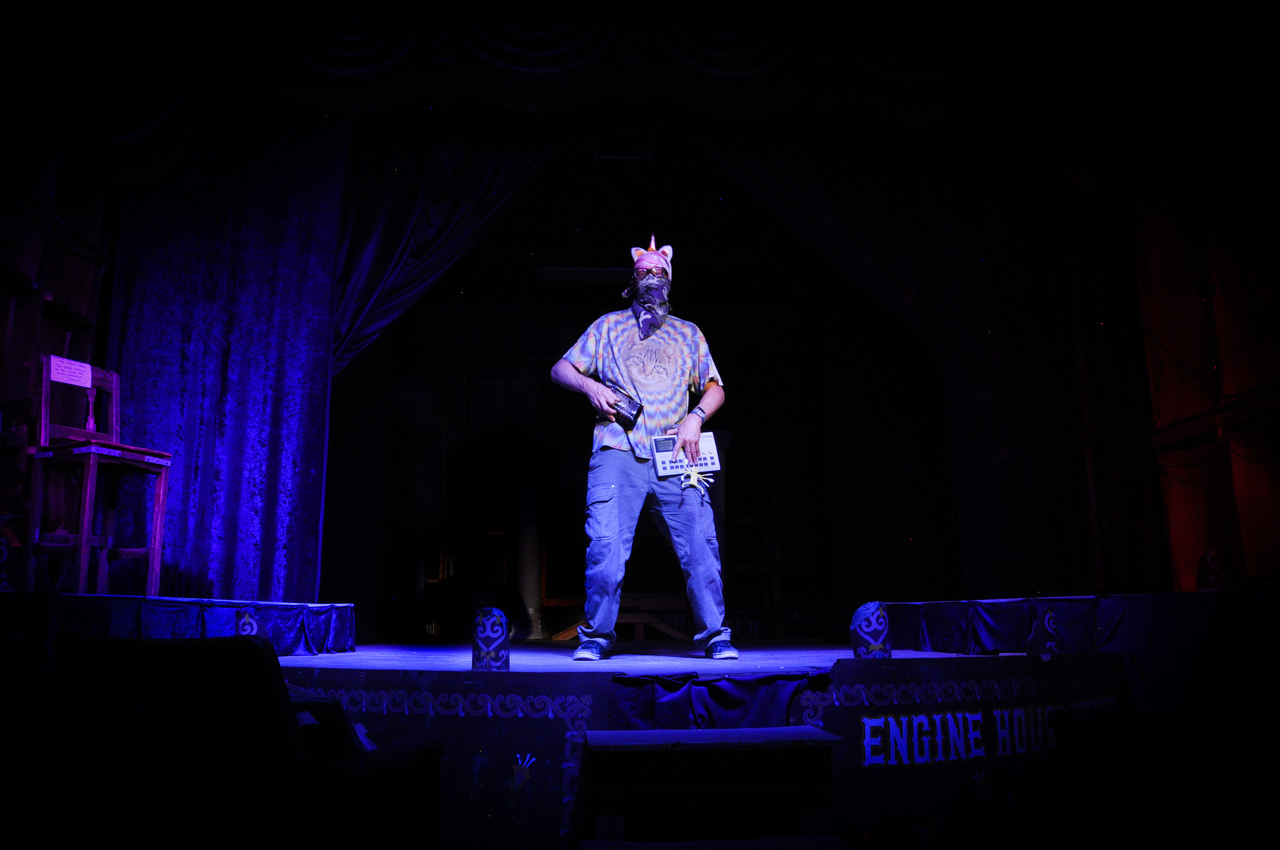 When I lived in Iowa in the ‘90s, my friend and I went to the other side, and when we got back we decided we would have DJ names, because we were getting into DJing at the time. He came up with “World” and I said “Word,” and it stuck. Years and years later he changed his name to “Obvious World” so I had to change mine as well to “Oblivious Word.”

What is the name of your show and when is it?

Word Soup. It runs from 7 to 9pm Saturday nights?

It’s all under the umbrella of techno or electronic music. There’s almost always a drum machine or synthesizer or sampler involved. I try to do a continuous mix, from beginning to end of each hour. I don’t play stuff that’s made with real instruments or real voices, unless it’s well twisted and manipulated. So not standard acoustic music, almost ever. All electronic of some sort.

Early on, Jules brought me with him because he was covering the Nightjar, so I brought some records and we did scripts and I played records both. He told me that I could get trained and learn how to do it and get a radio show easily enough. Also listening to Mattrick’s show when I started catching it really early on was encouraging and mind expanding as well, and inspired me to go for it.

What is the appeal of having a radio show, and how does it fit into the rest of your life?

To a certain extent, it gives me a little discipline. It makes me play music at least once a week, which would otherwise fall by the wayside of being lazy because I’m tired from work. I’ve been DJing for so long – I played on the radio a little bit in the mid-90s and had a lot of fun doing it, but didn’t have my own show – and I hope, possibly, that there’s an audience that listens and gets it. I have no way of knowing that at all! It forces me to pay attention to music more, and I’ve always loved music.

Part of starting this radio show is that I’ve started playing my own music, which I didn’t used to do, ever, before the last few years, and that has been a learning curve too because I have to learn how my stuff fits into other people’s stuff. There’s the other challenge of getting enough time and energy put aside to hopefully work on music during the week. There have been a couple times when I’ve played brand new stuff that I just made this week.

I do Joe West’s Theatre of Death every year, for the past four years, and at the last minute I have to take off and covered for my show here, so I can be on stage there. Otherwise I try to get here every weekend all year, which is a bit of a challenge, but it’s doable. It’s all trying to create something out of nothing, or something out of something you’ve created before.

I started so long ago – it’s been 30 years I suppose – so it’s always been a part of me. I was playing raves in the early, early 90s in Santa Fe, and then went to college in Iowa, where we started mixing, playing out. Then when I moved back to Santa Fe, kept playing raves. For a while we had a very strong rave scene here. And then I kind of let that go, because I’m not good at self-promotion, and I don’t really like clubs – it kind of moved into the clubs and out of the outdoor insane scene.

Being a DJ here, like I said, has kind of given me a bit of discipline: I have to set aside time to focus on music, and listen to stuff, and figure out what goes well together, hopefully. I usually have some idea of some stuff I’m going to play, but – I think Mattrick and I have the same idea here – it’s not prefab, it’s not mixed beforehand, it’s mixed right then and there on the spot. So whatever happens happens. And hopefully it’s coherent.

What are your hopes on the show?

I can’t believe I’m saying this, but – I would like to start bringing more equipment in with me! I have portable synthesizers and portable drum machines, and I would like to integrate playing them live on the radio with the mixing. But I haven’t cracked that egg open yet.

Well, as Lisa C. said, a little bit more wattage would be wonderful – if we could ever pull it off that would be great. And I would like to see Lisa C. have her show back because I loved it. We pretty much got almost everything we could dream of when we moved into the new space from the old creepy haunted space, so physically we’re doing great. A water cooler would be great. I think we’re doing enough right that it can keep propelling itself into the future in a smart way. I just love it, I think it’s cool.