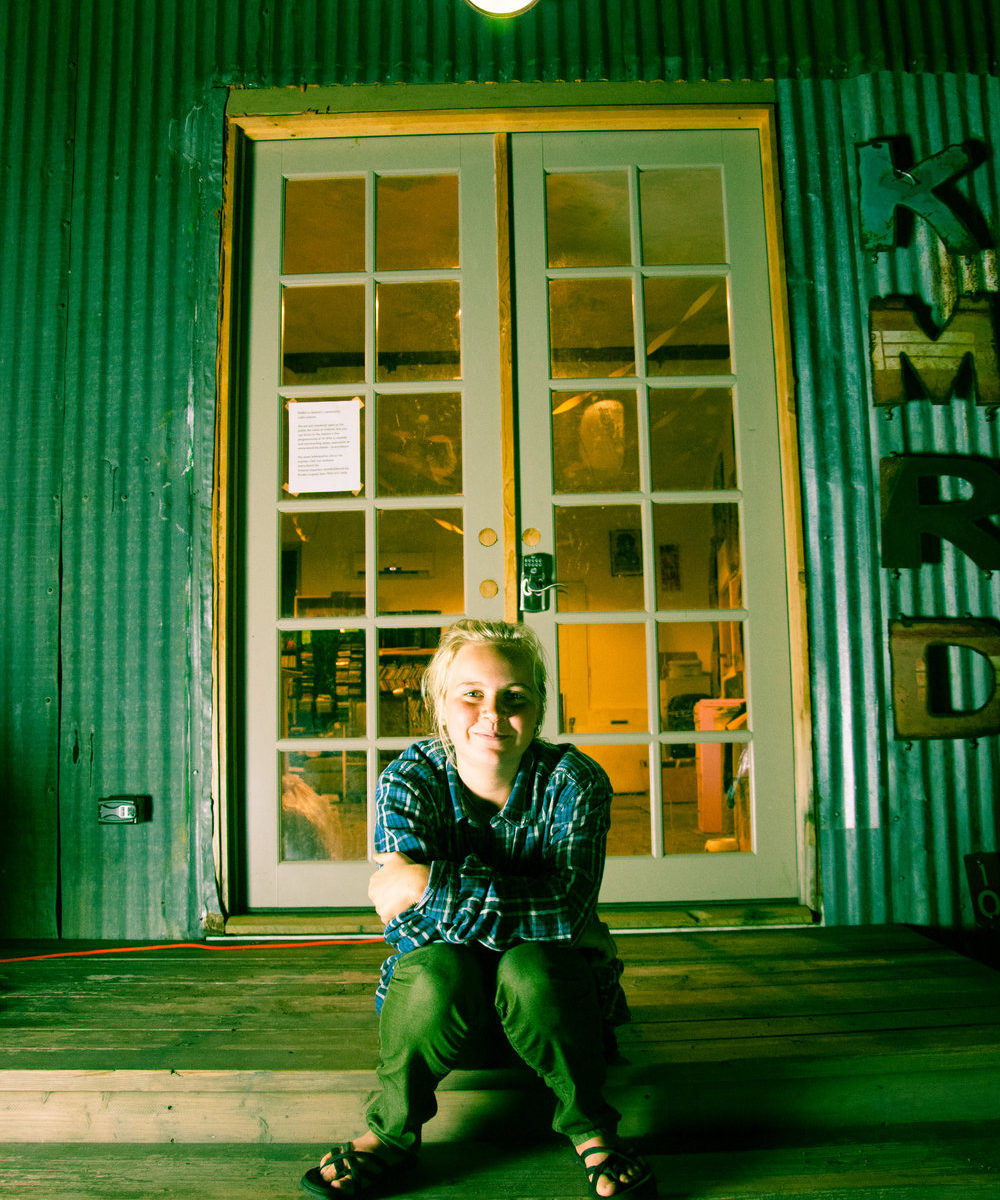 Stella came up soon after the station went on the air and asked me if I wanted to have a show. I hadn’t particularly thought about it before that. I listen to some of the same music as a lot of the other DJs were playing, and I respect old rock, I enjoy listening to it, but maybe I wanted to add to it. I thought, I wouldn’t mind playing some new music—I have really specific tastes.

What’s the appeal of having a radio show? And how does it fit into the rest of your life?

It’s definitely very appealing to me to have a radio show! Very few people get to have that opportunity thrown at them. Other people say to me, “Whoa, you have a radio show?” To be a DJ, you just have to have an interest in music.

I’m an aerialist, and this experience has done a lot for me, in that part of my life! When I go into Santa Fe to train, which I like to do by myself, I bring new music in with me to play and that’s allowed me to experience it all on my own. Then it’s almost like improv—having new music helps me find new things to do [in the air]; it sparks new ideas. I wouldn’t have thought music would’ve impacted that area of my life! Music is just very influential to me.

And having this show has given some of my family in Florida a new way to hear me—my Grandma especially is a weekly listener and it’s a really sweet experience for her.

Being here in the studio doing my show gives me my own time, it’s downtime and it’s so special—there’s nothing else like it. It’s a good place to be alone, in the studio, especially  really late at night, when it’s dark, playing my music. And I love finding new music! Having a show forces you to find new music—you have to, it’s not like you just have a plethora of new music already, at home.

I’m honestly just finding myself getting more and more comfortable with other types of music or getting to enjoy more and more music genres. As I’m branching out even just a little more, like into rap, I’m discovering a whole new level of it, underground rap, which I really like but it’s hard to find. It’s lyrics written by people who are doing it with a meaning and you know they’re rapping with passion.

I hope our station continues to grow and that people recognize it for where it came from, starting from nothing. This community built it, from nothing, and I think that’s rare. It shows a lot of uniqueness, like we have a real radio station in Madrid, and each show is really special… and weird.