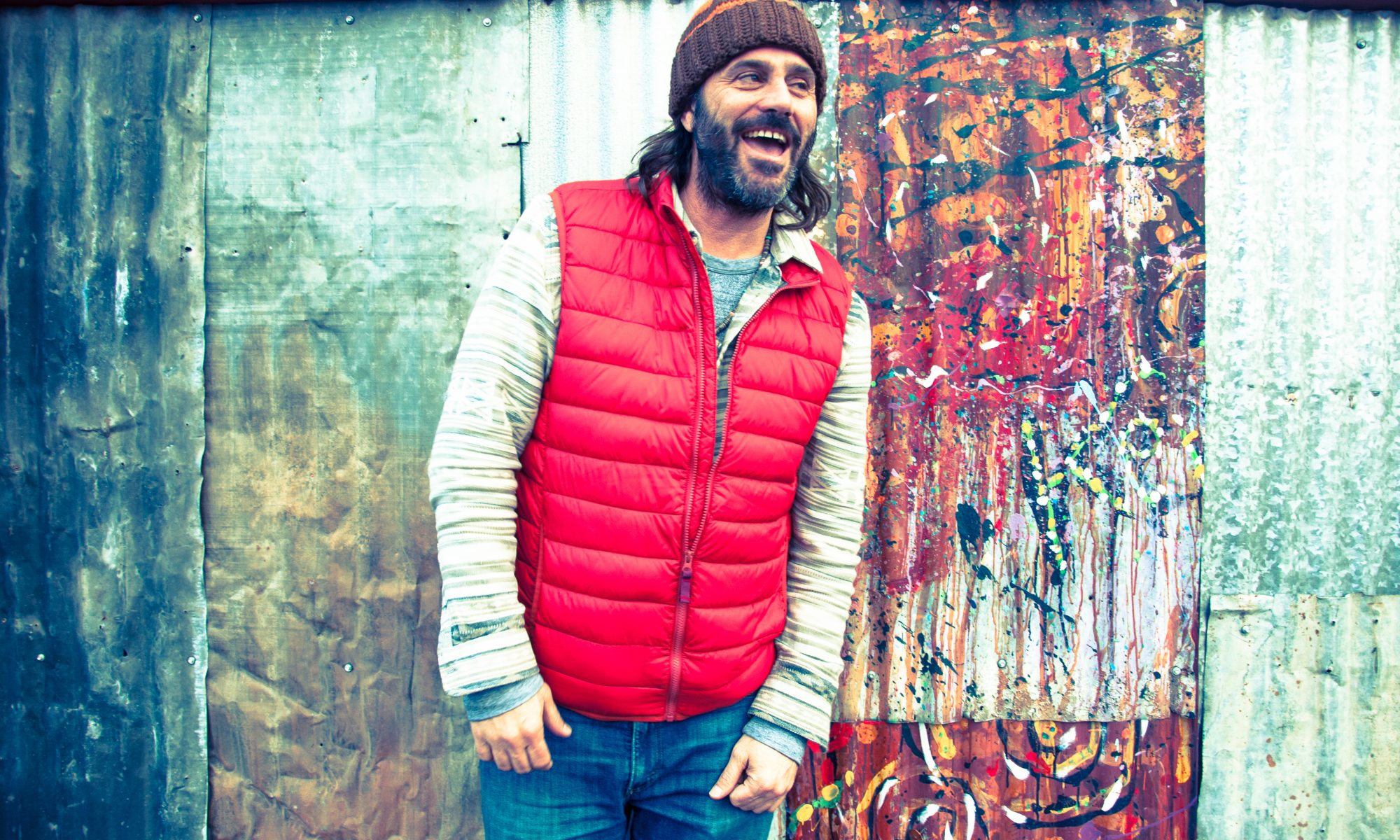 What is the name of your show, and when is it on?

Explorations 2.0 and it is Saturday nights from 9 to midnight.

It is a rotating genre format that includes R&B, rock, reggae, funk, disco, hiphop, jazz, acid jazz, various electronic sounds – house music or down-tempo – yeah, that kind of covers the genres, and some are played more often than others, but it is just rotating.

I heard about the radio station through my dad before I came back here, and I thought it was such a great community service, and opportunity if I ended up coming back here, which I eventually did. I knew I wanted to be a part of it, if possible.

I was always a music collector, from a pretty early age. I was always making playlists and collected music, was super into music, and then got into DJing and had my own sound system and would throw parties, and had a nightclub gig for like four years in the mid-’90s when I lived in Hawaii, and did a lot of these full moon parties and whatnot. So I did that, I never really did anything on the radio, but I felt like in the right format I could definitely do a radio show that would kind of energetically feel a lot like when I was DJing music.

It’s my Saturday night – kind of a good and a bad thing I guess, I’m not really going out on Saturday nights any more. The lengthy time slot is cool. I more often than not put a fair amount of time into putting each show together, so it fits into my life in the sense that a few times during the week I’m putting the show together, and then actually coming here and doing it, so it actually encompasses quite a lot more than just driving here and doing it for three hours and then driving home.

Also just being a part of community radio is really cool in itself, considering what the station offers in the immediate area and to others outside the area. If you consider the piped-in, pre-planned, corporatized, commodified radio formats that have taken over the airwaves in the last twenty years, and how there’s really a lack of individuality and character and variance in what you hear on the radio, it’s cool to be a part of something that is a free-flowing format that allows for people’s listening pleasure to not include the same number of songs on heavy rotation. I enjoy that too.

My original vinyl collection I lost in the mid- to late-’90s and then for a long time I was like, “oh god, I can never collect records again,” so then I collected CDs for like two decades, and I’ve got all these CDs… so the radio show really kind of got me back into collecting records. And then also the idea of getting my own equipment again. I’ve had the opportunity to do a couple of parties with Teresa Finley, and that’s been a lot of fun. By way of becoming a part of KMRD, it kind of kick-started my vinyl obsession again, and kind of the idea of doing some parties on the side, that was kind of absent before. Including KMRD and going back, even before I had my own sound system and was collecting music, it’s really been one of the more predominant hobbies or aspects of my life, since I was about 12 or 13. It’s very much a part of my life, always: collecting music, finding different music, enjoying it, sharing it.

That somebody’s listening. Sometimes I’m not totally sure… no, I know that there’s always people listening. I would like to think that the show will continue to evolve and grow as I do, and hopefully even include more and more contemporary music – or music that’s new to me. That’s a cool thing about having the radio show, that it kind of pushes the boundaries of what you listen to or want to play, and then you can include stuff that you might otherwise not play. As the show grows and evolves, to also expand my own musical library, and to be able to expand others’ musical libraries.

I think the station is doing amazing and there’s already so much going on considering that the station has already been happening for four-plus years. We just started with this monthly concert series, and as the ball gets rolling and other bands are participating in it, I think that could be a great way for people to come together and listen to music that they otherwise might not have heard, and have this platform for artists to get people to listen to their music that might not have heard it, because the shows are broadcast over the air… there’s so many things right there that seem really happening.

I would love to see the station grow its listener base, its supporter base, and find a way in the midst of all that to become more active within the community, in the immediate area and maybe a little more in the surrounding areas, if possible. Maybe provide some opportunity for people to be more involved than they already are, because there will be more events or functions taking place, or more aspects of the station that need input and need involvement and engagement, and with that, there’s greater layers to it all and opportunities that would be evolving as well.