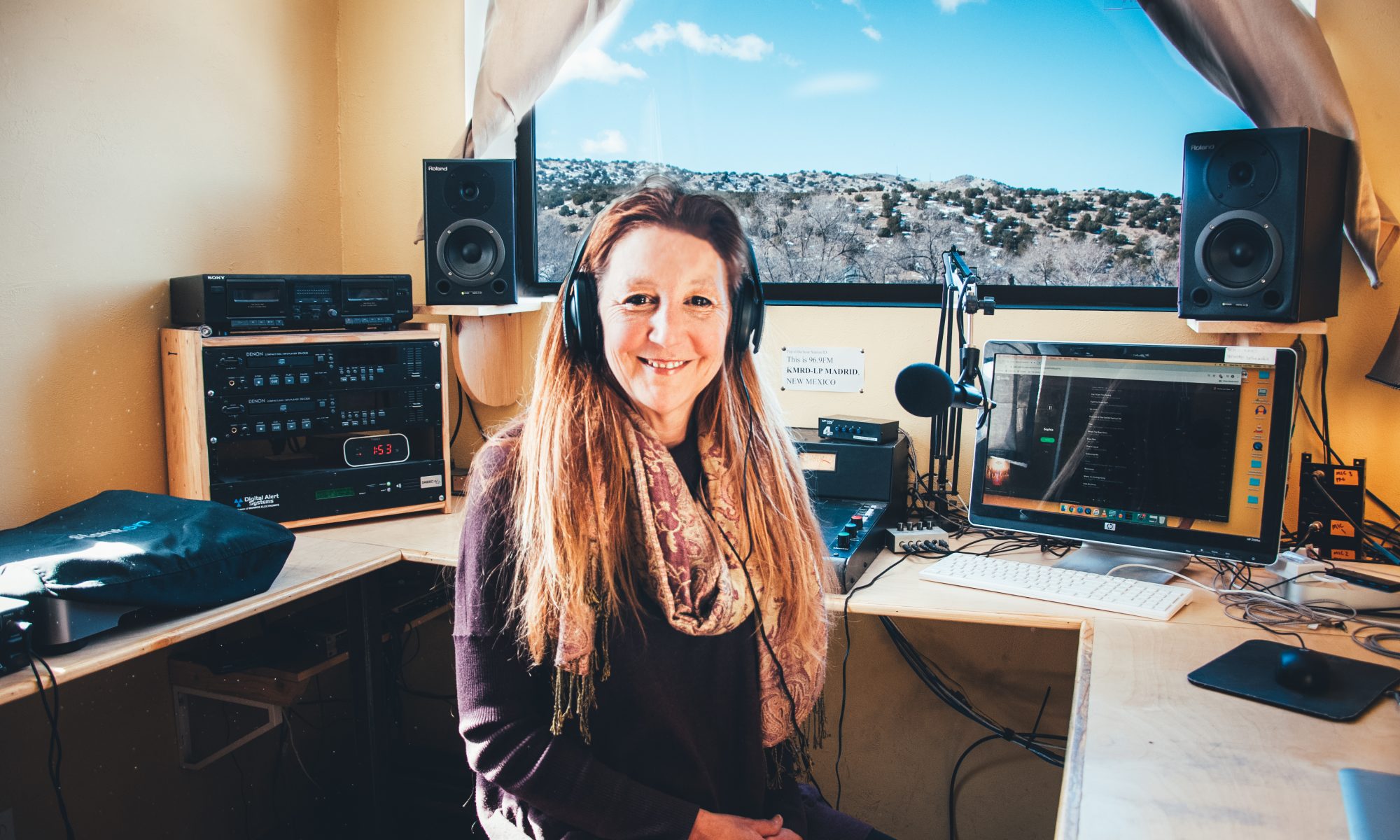 My name is Tammy. My DJ name – it was given to me for Monday nights, it’s Sally. And then Wednesdays, it’s the Remedial Mystic.

What are the names of your shows, and when are they on?

Well, it’s been interesting – on Monday nights I’ve been doing shows around animal symbolism, delivering messages to us and what they represent, and then I pair music to go along with that, to keep with the theme. I’m going to a little around art – like we did a segment on Bauhaus and I had a guest come in and we talked about the artists and musicians all originating form the group Bauhaus 1919. It’s always theme-based. And Wednesdays I talk about words, and the power of words and our choices, and again pair music with that theme. Today was “Positivity.”

What is the appeal of doing a radio show? How does it relate to the rest of your life?

It actually taps into my creativity. It’s giving me an outlet – again, it’s that freedom of expression: I’m not seeing anybody, so I almost like lose myself in the music and the topic and through that, it’s actually inspiring all of my work. Truthfully, the way I’m writing the way I’m talking with people, the programs I’m designing, outside in the big world. I’m currently writing a couple of books on phytochemistry – which is chemistry throughout nature, and how it is influencing our health, mental health as well as hormonal health and so forth – and I was invited to design a program to teach this at the cancer center here in Santa Fe.

It actually brought me back to myself, it reintroduced me to me. It’s opened up a world of contribution and participation. It’s given my heart a voice, where I think it had been really closed off for a while from life’s experiences. It really has opened that up for me.

I would like to have more guests – I would like to become a better interviewer. That’s one of my goals for this year, to really get people in and start doing interviews, and stop having it all be about me, and my perception. Bring in different perspectives, that would be great conversation pieces. I really want to see my show become broader that way, and develop those skills.

That we become listened to all the time, that people around the world listen to us, and that it really opens up possibilities for other people to begin doing a lot of the same things in their areas, and being voices for their communities, and expansion. I would love to see this become – I don’t want to say “mainstream,” because I do like the idea of not being commercial – but my hope is just that it becomes spoken about on the streets: that people in Albuquerque and Santa Fe, and other parts of New Mexico, are talking about it, and other states are talking about it, and people are streaming us from across the country, at least, on a regular basis.