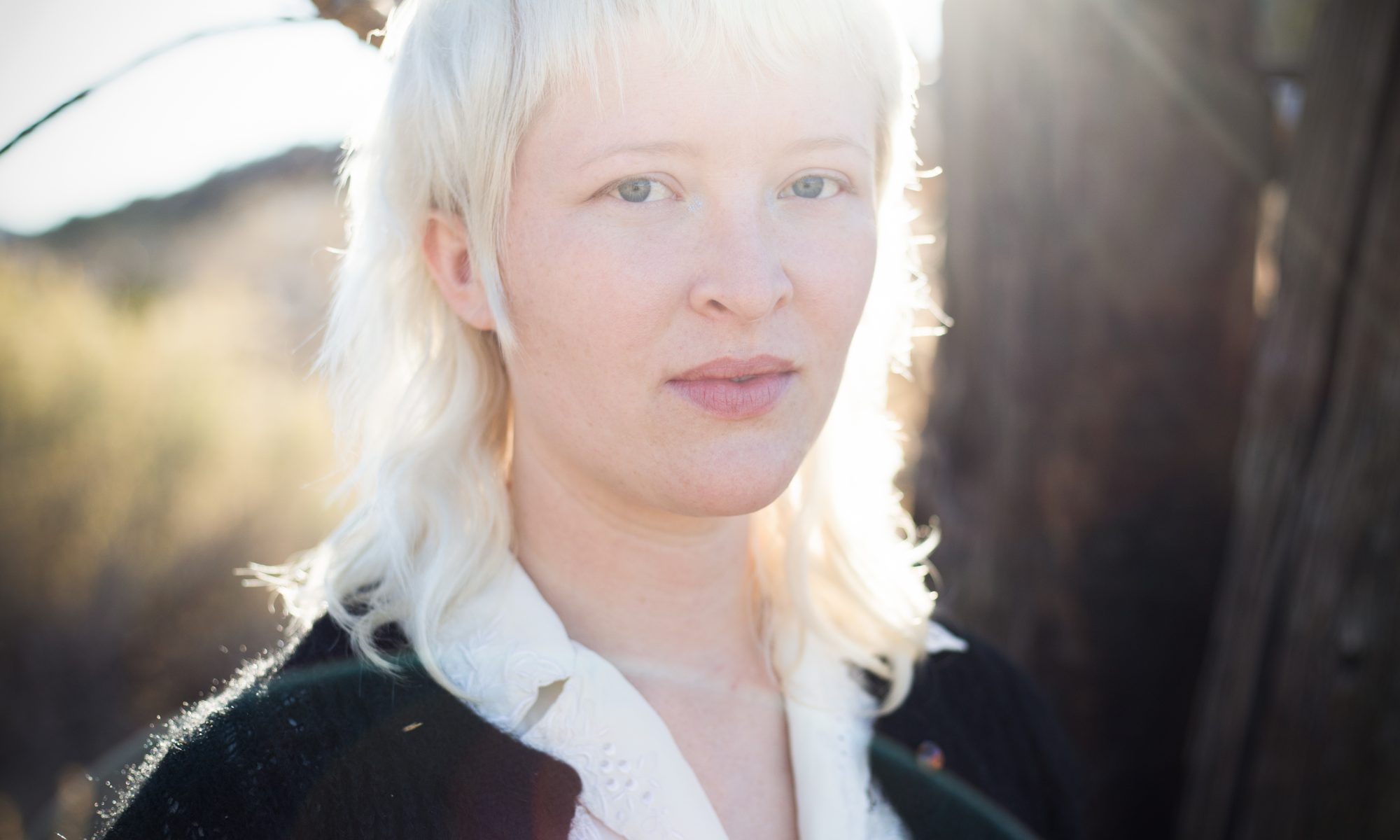 My show is called The Sugar Show, it’s on 8 to 9 on Sunday nights.

I have no format, really. There’s some loose format. I play whatever I want, and that’s really fun. I try to share interesting tidbits of information about the artists, and I like to let people know what year the record came out and what record it’s on. So I do a little more of a formal back-announcing than some people do. But other than that, there’s no format, really. It’s mostly music – pretty much entirely music.

I knew about KMRD as soon as I moved back to Madrid in 2017, so it had been going for two years by then. I was super excited to come back to town – I grew up in Santa Fe, and a little bit in Madrid too, and to come back and find out that there was this incredible collective effort for community radio was invigorating, and I was so psyched. Being the nerdy person that I am, I looked it up and read as much as I could about it. I remember reading about how KMRD got started, and the licensing window for Low Power radio stations and so it was like I knew I wanted to take part in it just seeing what it did for the community, but then also reading about what you had done to make it happen as a small group in the genesis days of KMRD made me really want to be part of it. But then I was really shy and didn’t feel really ready for the public presence that I would have to bring to doing a show, so I put it off for years, and then didn’t start until 2020. I spent three years thinking about it…

Learning new technology and new ways to present myself, or my creative mind, has been really exciting. The idea of radio before doing the show and training here felt impossible, like something that only radio people do. It’s almost like you have to already be in it, or you have to be invited by the radio gods, or something, or be that person in college or something – I felt like I missed my window in school. And I just never felt welcome to this space. So something that’s really exciting to me is feeling welcome to the space. The appeal is really rooted in that it is so community-oriented and accessible and diverse. I feel like no matter where I’m at – however weird or not weird my show is, if it’s expected songs, or if it’s really whacko songs that I’d be nervous to play to a party – I feel like there’s space for it here. There’s so many cool things coming out of this radio station, but I think it lacks that cool kid affect that can be really exclusive and exclusionary. That’s what I want to be part of at this point in my life. I feel way more comfortable expressing myself now, through the radio, than I ever thought I would be. It’s built confidence in this really unexpected way, and it’s an anchor for my week now: it’s the only thing I do consistently, other than work, and like, eat. I don’t have any social engagements that are as consistent. It’s a really positive challenge that’s just anchored at the end of my week – to be creative and make space for that every week, and that’s awesome.

I think the biggest difference it’s made in my life, aside from what I’ve already said, is I listen to music differently than I did before. I have always been kind of nerdy about music to some extent, in my own weird way, but now it’s like I see a lot more potential in music than I did before. I think before I saw music as an expression of my identity, like the things that I liked were somehow ways of expressing my identity, now there’s still that, but I listen to music in a way broader way. I allow myself to openly enjoy much broader things, because I’m just thinking about what’s interesting – not what’s cool, or what’s “good,” or what’s good enough to play in front of other people, or good enough to admit liking. All those weird shame processes – it makes me think of school, going through public education and just getting made fun of or something. I’ve totally been able to let go of that and just been like, what’s enjoyable? or what’s interesting? I play things I don’t even always like, because I think they’re interesting. And that’s really different, that’s changed my relationship to art, and to music especially. It’s a really cool different lens for art and artists and what people are making and how it fits into the bigger world of art-making. I’m enjoying music in a different way and it’s also changed me just because I make time for creativity every week, and that’s the biggest thing. Even when I don’t want to, then I have to, and it always feels good.

I want to incorporate other forms of art in creative ways, in imaginative ways – like how can I weave in little tidbits of writing or of maybe my own writing and art-making into it. At the end of the day, I think I want my show to be a little more textural than it is now. Right now I play songs, and then I’ll back-announce them and then I’ll play another set – I do like sets, and it’s kind of more simple, kind of classic radio structure. It feels like a very simple format, and I’d like to still have that human, accessible, live DJ vibe, but have things be a little more textural, where it can be a little more of a feeling or an idea than just like these segments, like a little caterpillar.

I also want to do collaborative shows. I’m thinking of music as an interview, with friends and stuff, and as excuses to connect with people I haven’t talked to in a while, to build shows together. And probably not even have them and their voice in it very much, if at all, but hear them through the music that they pick, and do little interview sets.

I want to up my participation in the space, I want to be a little more involved in what’s keeping this place up. I want to ask more people to do the same. I want work to be spread a little more evenly, because I want it to last for – I’d love to have a kid who knows about this radio station. Or gets to have like a 10-year-old’s show. Either we get money, or get work spread out more. That’s the big one – I have lots of dreams, probably, for this place.