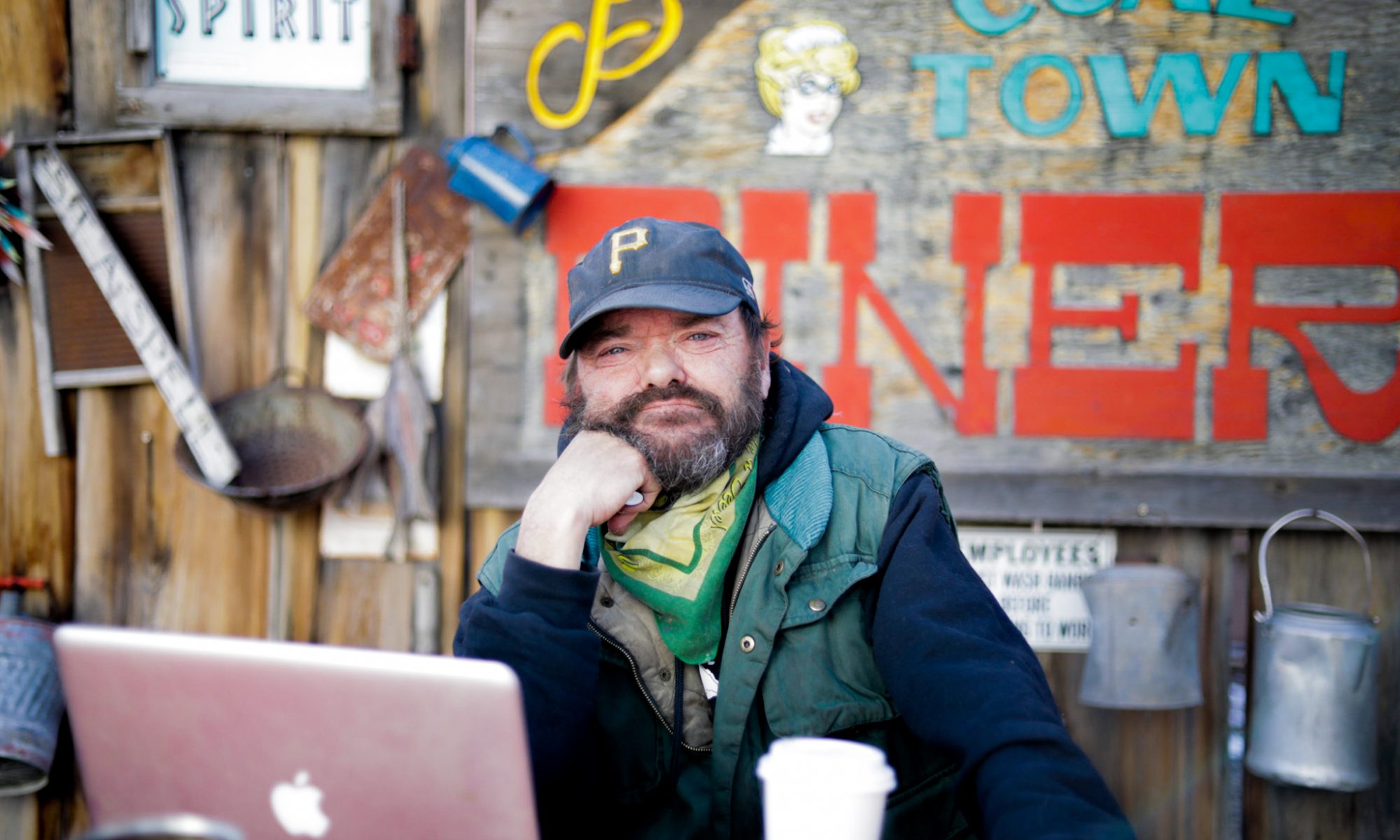 My name is Stephen, and my DJ name is DJ Subdude.

I am DJ Subdude, and I am on whenever anybody needs me.

[Subdude also helped with construction at the KMRD building, and designed both t-shirts that are currently for sale.]

I’ve been learning as I go along what I want to do. The first show I did, I covered for a country show – that was all country stuff. I thought that was good, but I started to explore a little bit and I thought I’d do like what Peter and Scott do. They draw an arc, it travels from one place to another, it’s kind of thematic. What I grew up listening to was 60s pop radio, where you had “The Israelites” followed by “A Boy Named Sue” followed by “Revolution” followed by… and they would just throw in anything, each song you had to take on its own. I try to keep the pace going a certain way, but I like throwing one song after the next so that it’s not a thematic thing, it’s like the eclectic radio of the 60s. I will do themes if somebody dies, or if there’s a special occasion or something like that.

I had just moved here, I was up on the hill when you guys opened, the first night. I had my Subaru out, opened both doors and just cranked it. And the music drew me – the radio station drew me. I heard you the first night, and I was just taken.

I love to stand there and listen to the music cranked really loud. I like the fact that there are going to be people around that are listening. It’s a dear thing. It’s something shared. I love the music, and I love the way the station came together, and I love the town.

It’s brought me a lot of enjoyment. It’s fed my soul. It’s just made me happy.

To show up on time, not be drunk. Do all the things right, and have people enjoy it. Get more phone calls!

To live long and prosper.

The station, the way that it’s going, I couldn’t have directed it or thought better for how it’s going, so I just want it to continue on as long as anybody’s in this town.

All the people who originated it have done such a great job, and I think it’s one of the best things I’ve seen anybody do. It’s just a great effort, I’m so impressed by what it is.