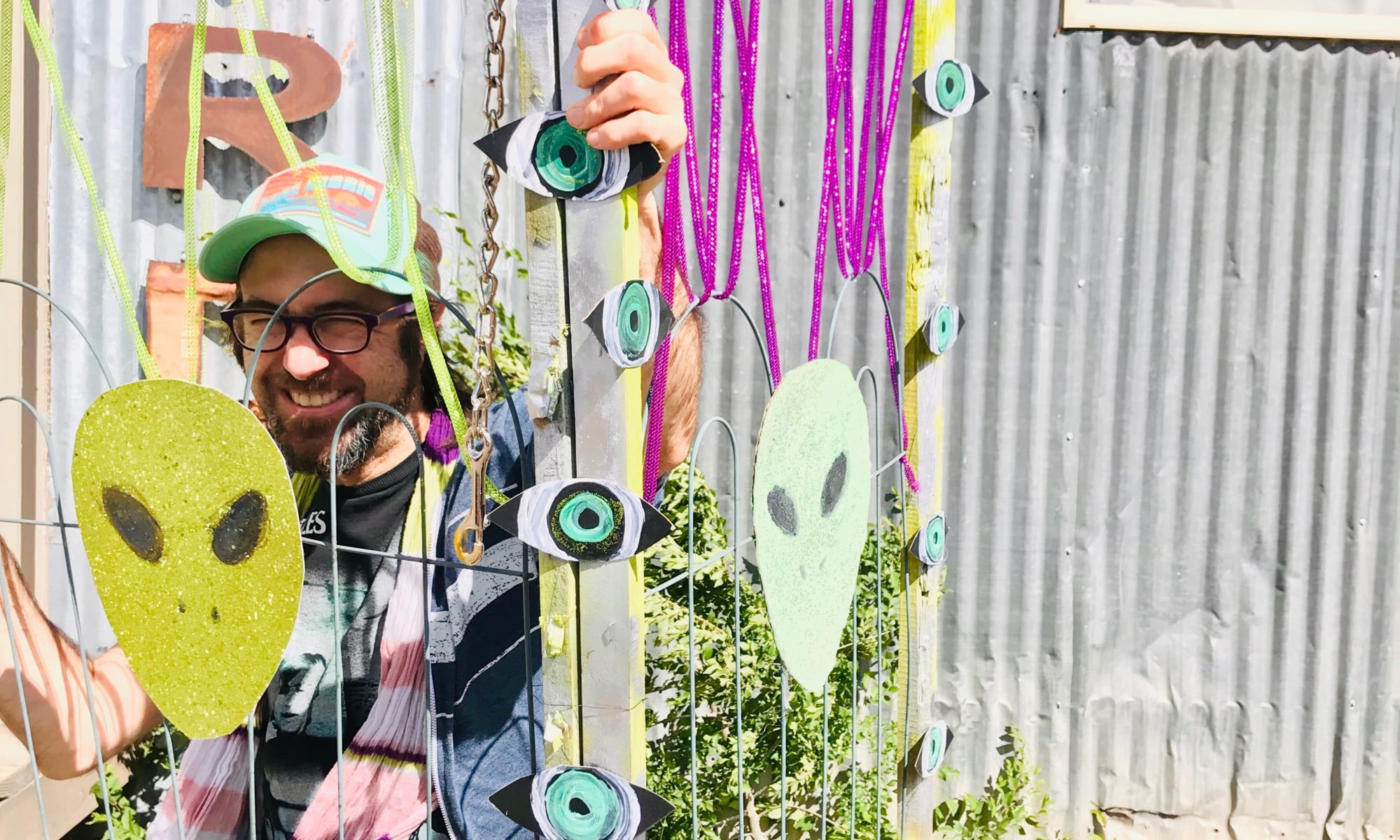 What is the name of your show? What is its format?

Metaphysical Biscuit Live Radio Soup AKA Goodbye Blue Monday in the Rhythm of Threes. “Metaphysical Biscuit” is the concept of a random cool thought or idea, “soup” just because I love soup and the title was timed with getting Stephe Rommel involved and he called his show Word Soup, “Goodbye Blue Monday” is a Kurt Vonnegut reference, and since I’m on Mondays. “The rhythm of threes” comes from the improv rule of threes, and just in life – three is the magic number. I will usually play three, six, or nine songs, and even when I have a guest it keeps things flowing a little bit.

If there’s no guest, I’ll think of a theme… I try to theme it to either a current event or a holiday; since You Know Who got elected, the themes have been some variation of flowing through – song, music, poetry – to help cope or make life better in spite of the realities.

Catching wind that [Stella] was putting it together and seeing that [they] were putting out a call for people to come and apply, or whatever it was. I had considered looking into a creative outlet with another station, but it had never materialized. Given that Julesworks, which was originally going to be doing more plays again, was maybe not even monthly by the time I joined KMRD, so then I had this creative outlet.

I just gave it a shot. At first I was worried an hour was too much, particularly not being a musician and knowing that I was going to do music and talk. I quickly realized that an hour wasn’t enough. From talking to [Stella] and Katie [Reed], it seemed like the direction that you were heading was creative freedom, aside from making sure nobody gets in FCC trouble – that seemed really cool. And then, once I started having guests and them commenting that it was a good interview, it became me learning from those people. Most of them have been people I know, but there was also Al Schackman, who played with Nina Simone for 40 years…

I have a mentor Madison Bell in creative writing, who said that if one person tells you that they like, react, whatever – even if they’re negative, but particularly if it’s positive – that’s a complete validation of whatever you’ve done, because that’s one person who’s told you, and you don’t even know how many others – it doesn’t even matter how many others!

A lot, the consistency of the creative outlet –  I’ve given thought to hey, if I didn’t have that outlet would I be more insane, or be doing painting or drawing more, or more shows, or maybe working on a stand-up act… I don’t know, but does it matter? Is it a distraction or a good thing? I certainly make the comment a lot that whether the radio show keeps me sane or insane, it’s a good thing.

For Memorial Day, I made a mash-up and I was particularly focused on making it respectful and creative, balancing the Julesey-spazzy with a little more focus, and getting the sound levels right. It was Roger Waters, the song “When the Tigers Broke Free”… I edited together two songs, and video… a vet that lives in town shared the video that I made after the show. That really meant a lot to me and it wouldn’t have happened without the radio show, so that’s branching out and getting me to do various art forms – that’s cool.

To keep expanding with guests. Repeat guests are great, new guests. I say a lot, please call if you want to say anything – positive, negative, or make a request – or if you want to be a guest! It hasn’t happened much, but I’d be certainly cool if somebody thinks they or knows someone who wants to have a chance to be on there.

I hope that it can maintain the balance of the struggle to pay the rent with what I presume is a pretty good creative freedom for everyone. I think it’s wonderful and not much needs to change as long as someone’s not financially screaming every month. I hope for people to be able to listen live, and on the internet, and I think there are ways for that to keep growing.