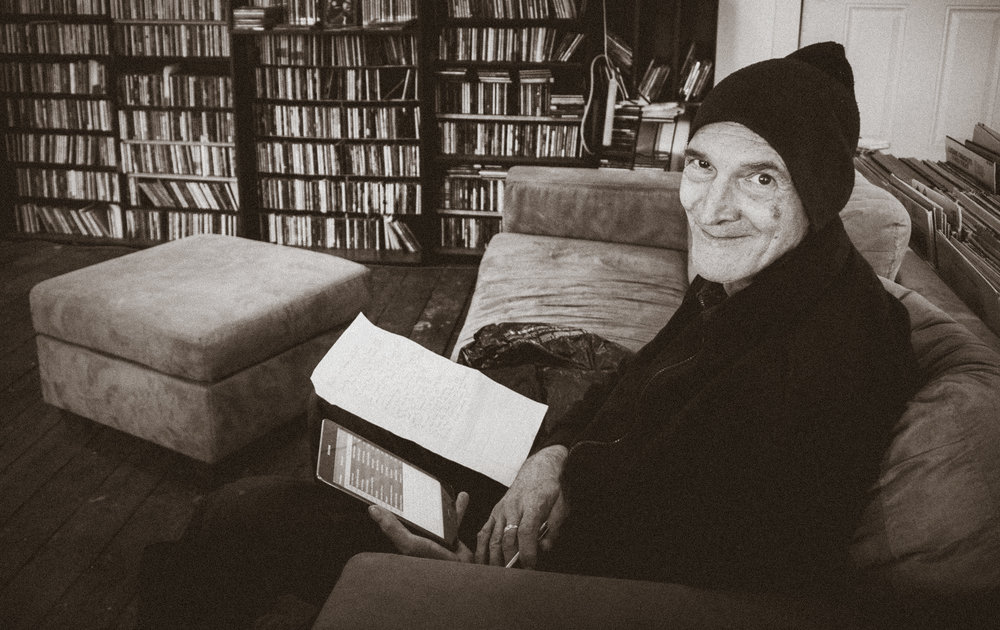 I’m Clinton Anderson and I just call myself Clint when I introduce my show.

I was very enthusiastic about the village having a radio station when it was first proposed, and I attended one of the DJ trainings, mostly out of curiosity to see what was involved, and I didn’t know whether I’d be offered a time slot – and then I was and had to come up with my first show on three days notice!

What is the appeal of having a radio show?

Being able to share my favorite music with the radio audience.

How does doing a show fit into the rest of your life?

I’ve learned that it takes a good bit of homework to assemble a show: collect the music, primarily, and then sprinkle artists and styles around so it isn’t too much of one thing or too much of another. I go online and hunt for it, sometimes i start with performers I already know and see if there’s music by them that I wasn’t yet aware of, or sometimes I’ll start with a piece of music I know and see if there’s any cover versions of it that I don’t know about, and sometimes I do my best to dive into the rabbit hole and come up with new songs and new artists in familiar styles. It’s a wonderful excuse to go out to the bars and listen to live bands, that I’m trying to find new music for the show, especially here in Madrid, where it’s nice to be able to put on local music by artists who either are based in the area or at least have performed here in Madrid.

It sort of validates my taste in music. I get some positive feedback on my show; some listeners seem to enjoy it, so I feel that yes, there are other people besides myself who like my music. Of course, I knew that, because in some sense the artists wouldn’t be out there if I were their only audience member! But it’s still pleasant to get the feedback, to hear “Thanks for a show well done.”

It’s been wonderfully educational for me – if part of KMRD’s mission is to be educational, I think it has totally fulfilled that with its DJs. I’ve learned more than I would have guessed there was to know about what the FCC does and doesn’t regulate and what its rules are, and how one conducts oneself as a radio DJ.

My hopes are to be able to continue bringing my favorite sort of music to the listeners and keep collecting new and relatively local music to air on the show. I feel it’s important, as we’re a community radio station – the more local music I can air the better.

I hope that the station can continue on the air as long as possible, and maybe grow its internet audience, since that is potentially everyone with an internet connection.